Lisa
Hi there! I am Lisa. I am an author, a budding photographer, a freelance scrapbook designer, an avid thrift store shopper, an enthusiastic upcycler, and a self prescribed Facebook and Pinterest junkie. And I am tired. Very, very tired. Nice to meet you!

I think I beat the clock!

After reading through the comments left here, I think most of you actually liked the direction my clock project was headed. Either that, or you were just being kind. I'll take either one.

When we last talked (well, I did most of the talking, you just kinda read it and nodded once in a while), this was the jist of the conversation.  I had this clock: 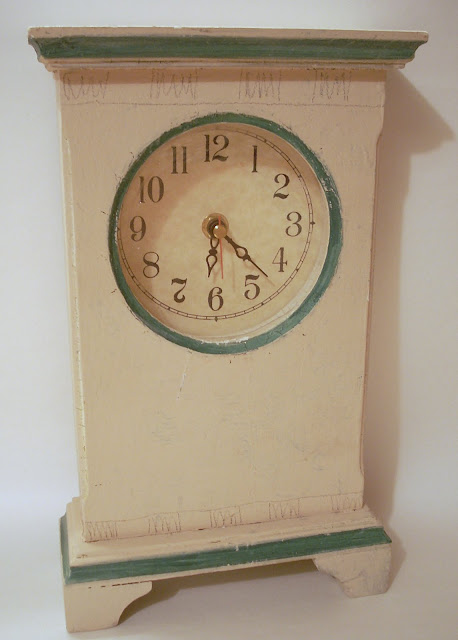 We had some issues.  Some bad things were said that I felt terrible about afterward. We didn't even look at each other for a few days while letting the dust settle from our last encounter.  I felt like I was trying to help someone that just didn't want to be helped. The last time I saw her, she looked like she was doing better, but she was still really angry: 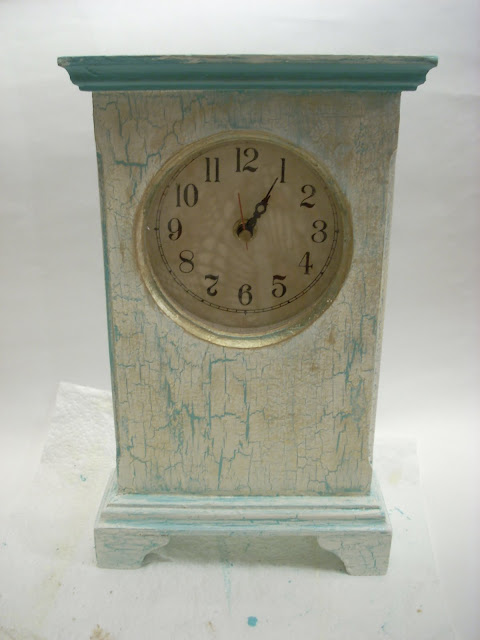 So, today, I couldn't take it any longer.  Do you know how hard it is to live under the same roof and not speak to each other? Today I sat across the table from her and looked her straight in the face. Uhem. Clock/Face. Get it?

I know it's an inanimate object, humor me. I said "Clock (cause that is what she wanted me to call her), we really should try to be friends. I promise that I mean you no harm.  I only want to help you. Really. Ever seen Breakfast Club? The scene with Molly Ringwald and Ally Sheedy, where Molly does Ally's makeup? Yeah, that scene.  That is basically what I want to do for you, clock. Would that be okay with you?"

She didn't answer right away, but her face looked slightly intrigued.  (sorry, couldn't help myself, I heard you groan, by the way.) Then I saw the slightest glimmer of hope when she threw both of her hands open wide (I know, I know!) and she allowed me to ever so tastefully apply the makeup. 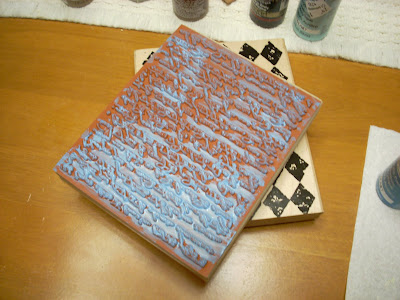 I started off really slow, and with a steady hand, I applied this lovely blue color with some French Script flair. She was motionless and silent.  The only sound in the room was the ticking of her little second hand. Her face sat watching mine as I slowly lifted the stamp off to reveal what I hoped would be the start of an incredible makeover. 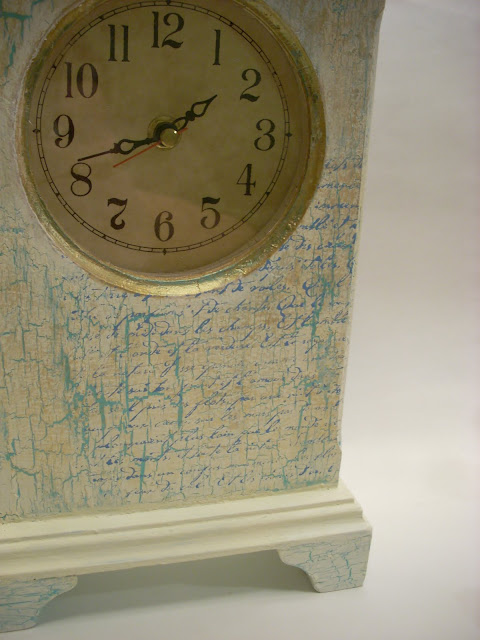 While her makeup was drying, she asked if she could see what else I had in my bag of tricks.  I let her lead me and she chose the following items to experiment with: 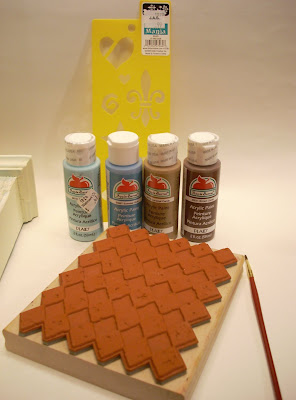 So I loaded up my brush again and we added a little more French flair with a lovely harlequin pattern in a soft taupe brown. 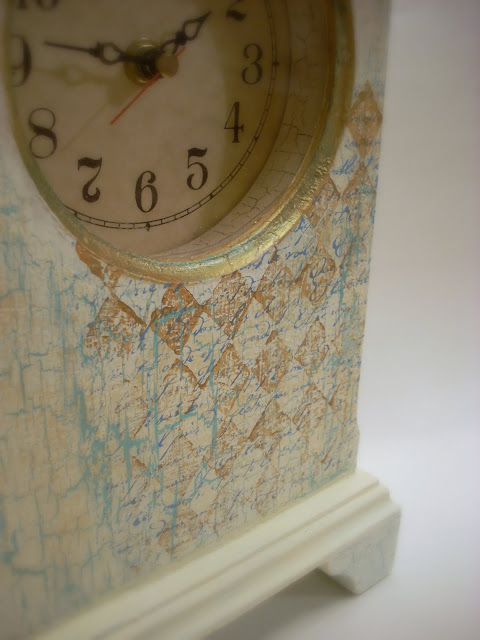 The true beauty that lay under that peachy former self was finally starting to emerge.  You could feel the excitement in the air.  I swear her ticker started to tick louder.  Really.  I wouldn't make this stuff up.

All of a sudden, she truly shocked me! She decided that she wanted a tattoo! My first thought was, "Lord, what have I done?" but I quickly decided that I didn't want to muddy the waters with her again and would do as she wished. We decided to go with a simple gray. 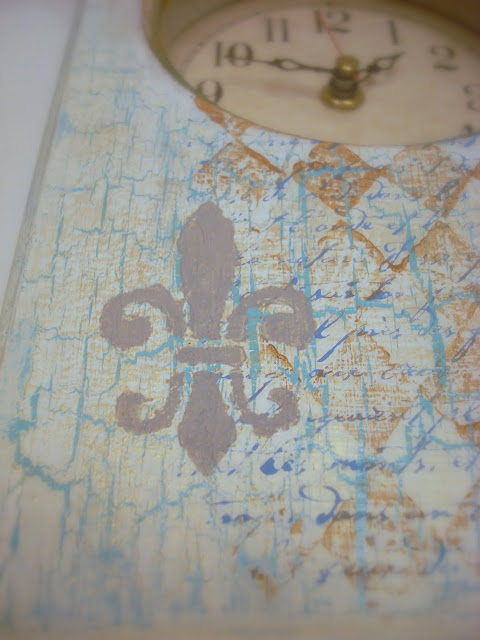 However, as soon as we saw it, we knew it wasn't right.  It didn't match her warm taupe and the gold we had put around her lovely face. I quickly dug into my makeup bag and with a careful touchup, we had fixed the issue, and did some beautiful highlighting as well.  It really plays off of her features, and now she is sporting some new ink. Well, acrylic, actually. 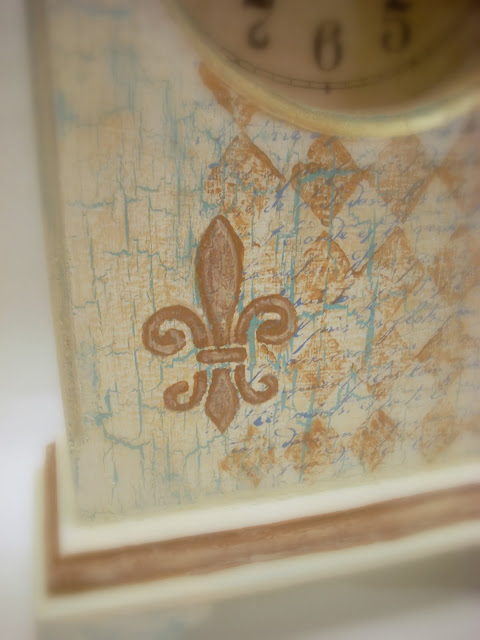 Then she really started getting into it, even posing for the camera, for some full body shots.  Work it... work it... own it. 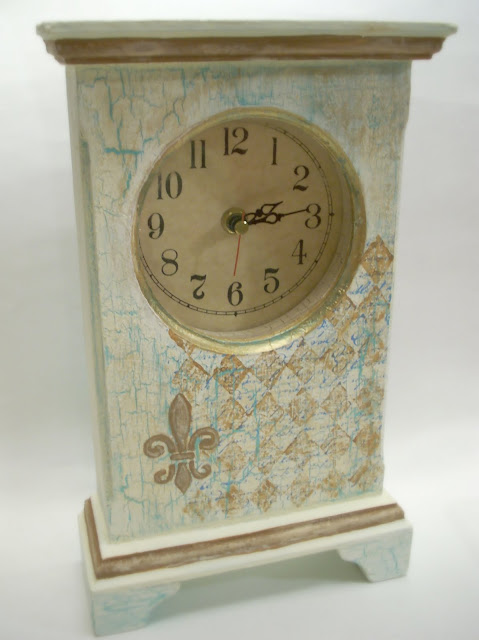 While we were "fixing" her tattoo, we also added some highlights to her light brown stripes, which we later decided were "over processed" looking, and went back to just the taupe goodness. We discussed gold highlights, but we're gonna sleep on it. We also decided she needed some more gold to bring out her face and cover up some of the dark circles that the 13 years of hunter green makeup had left on her. 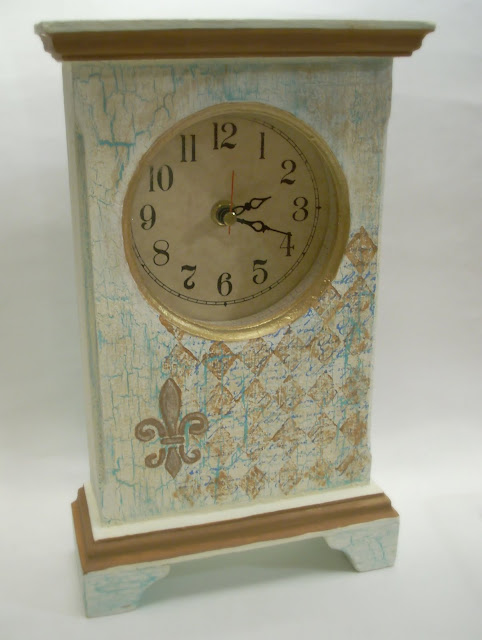 There are still some creases and crevices in all the wrong places, but she has aged with beauty and grace, and don't we always say wrinkles add character and help tell your story?

All in all, it was a wonderful day. I ended up with a new friend, a pretty little French diva, who now wants to be known as "Rene" (which means re-born).  We have plans tomorrow to do some accessory shopping with a quick stop for a Café au lait. For me.  She says they make her jittery and keep her up round the clock.  Seriously. 24/7.  Poor thing.

So that's it for now.  Will be linking up later on this weekend with some great linky parties, starting with Transformation Thursday at The Shabby Chic Cottage.   Til then, let me just boggle your mind with what I am going to be working on this coming weekend.  My latest Thrift Store finds!  Feast your eyes on this haul of goodies. 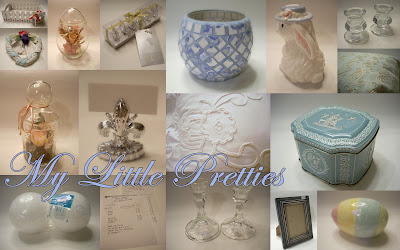 You won't believe it when I tell you how much ALL of this came to.  Stay tuned!

Til next time!
Lisa

Written with little to no exaggeration by Lisa

I always love reading your comments, so type away!